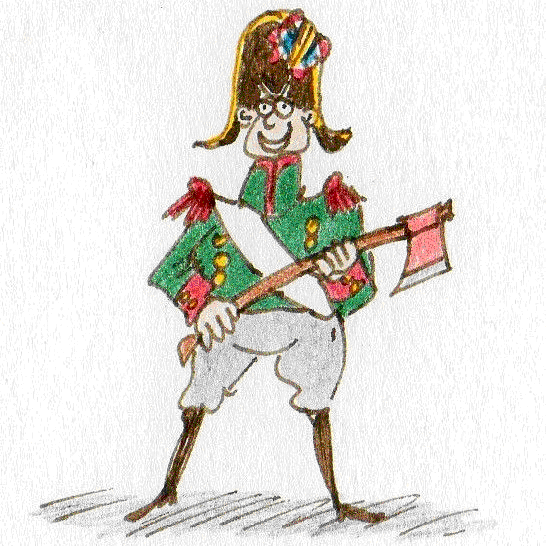 The event itself was designed to be as close as possible to the vWDC organized by Bill Hackenbracht (with Markus Zijlstra as non-player TD) as this event proved to be a complete success. As I have a (very!) long face-to-face player history (whereas I nearly never played online) it proved to be really an excellent substitute, and not only for this pandemic era.

As often in Europe, the system used was the C-Diplo 7 years of play, and the tournament winner would be the player with the most centers on the Top Board. There is a huge bonus for topping the board in C-Diplo. We had less players than expected sadly, only good thing then was it was easier to qualify.

The draw gave me Austria, always very challenging with a game very often decided in the first year. Italy was Ruben Sanchez, with whom my history was troubled. Last 2 times we played together were in WDC final boards; both time he played all game against me. Even if it ended both times very bad for Ruben I didn’t feel comfortable, but my intention was anyway to play with him, as IA is usually my first choice. But very interesting for me was the Russian player, with whom I had played a strong RT the day before. As Maxim Popov in Germany and Luca Pazzaglia in France countered this magistrally, it turned out very badly for me as Russia, with 5 powers ganging against us 2. So I had to “prostitute” myself toward Turkey, organizing everything diplomatically in the West especially with England (advantage of having only 2 units left, you have time to negotiate ?…) It paid off, Turkey topped largely the board whereas I managed to end with 3 centers for only 2 units the last 2 years… No less than CON, WAR and ROM!! Even if it was my worst game of the tournament, it gave me the final board…. And will be an excellent souvenir in my collection of “odd” games.

Anyway, my intention was to work with Italy. What made me change my mind was when Russia came to me and answered to my question concerning his relationship with Turkey with “well, he will let me the Black Sea”. I immediately saw the big opportunity for me. A DMZ in Gal was made possible (so I was safe regarding Italy) while giving also a strong appealing position for Russia, with UKR to take RUM and BLA and SEV to continue against Turkey. It was easy to convince Russia then and the plan worked extremely well. Italy needed to believe I would not stab so still helped against Turkey while I attacked him saying I would go against Germany (probably he saw it as his last chance so had to go for it). By end of 1902, Italy was down to 3 and Turkey to 2. I immediately saw that, with a need to contain France, the game was likely to go to one of us… I basically focused the rest of the game on reassuring my ally, arguing that a conflict between us would only favour France. He accepted a perpetual bounce in BUL while holding Army in Armenia every turn. As he was ahead, his chances were higher than mine (which I genuinely believe was true by then).

Last year was challenging. Having taken the whole Italy while Russia took the whole Scandinavia, I had MUN, he had BER and I was slightly ahead with 11-10. As the tiebreaker was not in my favour, I needed to keep this advance, even if MUN could not be kept. I was then lucky. First Russia was so afraid of me and probably under time pressure he lost NWY to England, just to send an Army Livonia which was unnecessary. Secondly, the tournament ranking system made that it was necessary for France to avoid a shared top (France would have then being 3rd of the tournament, against a 2nd place if no tie). So he supported me into BER after having taken MUN from me, ending the game in a 11-9-8 for me.

As often, the tournament was then won by a thin margin. On the 3 World DCs and 2 European DCs I won, only one win was clear. All others were decided only in the last year, which also make this game so exciting. 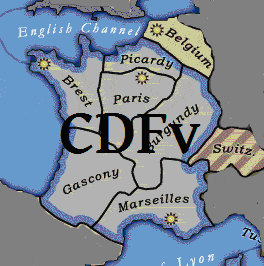 Congratulations to Cyrille Sevin who won the tournament of 32 players with an 11-centre Austrian board top in the finals. A big thank you to French-Speaking World Championship organiser Nicolas Sahuguet. You can check out the games and final scores here.

To those who made the final board but fell short, we salute you and wish a speedy emotional recovery to Emmanuel duPontavice, Sacha Massicard, Ruben Sanchez, Christophe Borgeat, Candice Rocher and Olivier Prigent.

If you’d like to get to know this great community of French speaking Diplomacy players, visit their discord server.

For your greatest pleasure, our Bouclette went to interview top board players to collect their post-match thoughts and analysis.
0 Share